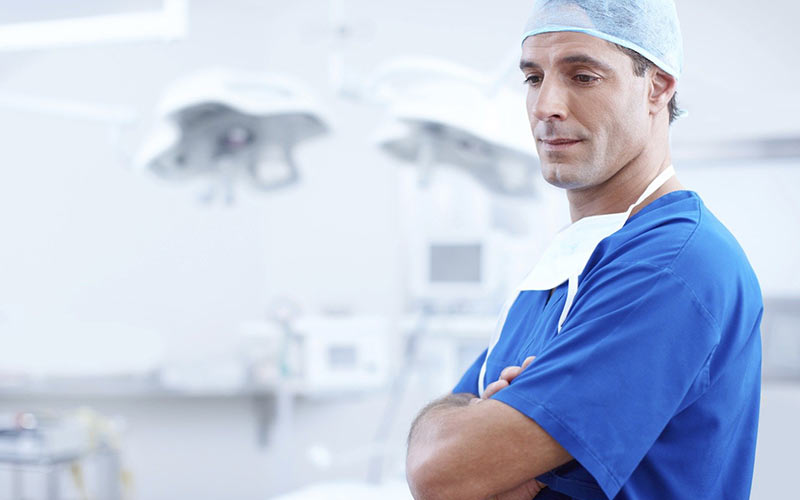 The discovery of truth is prevented more effectively, not by the false appearance things present and which mislead into error, not directly by weakness of the reasoning powers, but by preconceived opinion, by prejudice.

How do we decide what is correct and what is false in medicine and dentistry?

How do we decide who or what to believe when it comes to health care? With so many opposing points of view on the same health topic how do we know which one to believe?

If you are more inclined to prefer a more natural approach to medicine does that mean discarding everything that allopathic medicine has to offer? Conversely, if one chooses to follow a predominately mainstream medicine approach, then should all natural alternatives be discarded as useless? Of course not. There are good and bad in both camps. But how do you distinguish the good from the bad- the correct from incorrect?

Use First Principles to find the truth

You do this by first distilling any conclusion down to the fundamental principles upon which the conclusion is based and reason up from there. When either accepting or challenging current belief systems, it is imperative that all reasoning and conclusions be drawn from the level of established science, and not on assumptions, preconceived prejudices, or analogy. This is the concept of first principles. Fundamental truths upon which any hypothesis or theory is based must conform to both rational consistency and empirical observation. Any deviation from these principles will often lead to false conclusions.

If any of the parameters upon which a theory is based fails to conform to both rational consistency and empirical observation, then this theory must be discarded as incorrect.

So what does that mean? It means that all conclusions must be first based on rational consistency of what can be possible as defined by the accepted laws of physics, chemistry and biology. That doesn’t mean that it is possible, only that it can be possible. Is it rational? Can it happen? If so, then the first condition of establishing correctness is satisfied. If not, then we can immediately dismiss it as incorrect.

For example, let’s say there is a claim that dinosaurs are currently living on the moon. Does this satisfy rational consistency? Of course not.  First of all, dinosaurs are extinct. In addition we know that the moon has no air, so supporting a living creature dependent on respiration such as a dinosaur would be impossible. We can stop right there because this claim does not meet the requirement of rational consistency. We do not need any further evidence.

But what if someone claimed that there are huge cities built on the moon with thousands of people living there. Could this be true?Well of course that is highly unlikely, but it could be true. We do have the technology to do this.  Although highly unlikely, it could be possible.

So how do we find out if this is true or not?  We look for empirical evidence. We make observations. There are telescopes that can examine the surface of the moon facing us. There are spacecraft orbiting the moon with cameras that can easily spot a city on the moon. We can directly look and see if there are cities on the moon or not. If there are none, then the claim is false.

So first principles accepts that statements made about reality must conform to the properties of reality which are:

1.  Rational consistency: If it is rational it might be true. It does not mean that it is true, only that it could be.

2.  Empirical evidence. If both empirically valid and rationally consistent, then it is true.

How do we apply this to our analysis of the risks involved with root canal-treated teeth?

Currently accepted beliefs and accepted truths, such as the American Association of Endodontists (Dentists who specialize in performing root canals) assertion that root canal teeth cannot cause or contribute to systemic disease and do not leak bacteria and toxins systemically, must be distilled to the first principles upon which this claim is based. We first must define all of the properties of root canal teeth. Then we can ask the question on how these objective properties of root canal teeth relate to known biological and physical principles. We continue the analysis from the ground up until we reach a logical conclusion. Then we test this conclusion with direct observation.

Let’s look at the role of root canal teeth and heart disease. It has been established that a main driving factor in cardiovascular disease and heart attack is inflammation and the resulting damage to the lining of the coronary artery (endothelium). We know that infection and bacterial toxins are one source of this inflammation and endothelial damage. But how does a root canal contribute to cardiovascular disease?

It is established that all root canals remain infected and become more infected over time. The American Dental Association has acknowledged this. It is also true that these bacteria produce potent exotoxins. Dr. Boyd Haley has demonstrated the presence of potent toxins leaching directly out from the root canal tooth root.

The American Association of Endodontists states that toxins are not released from root canal teeth. It claims that both bacteria and toxins that are inside the tooth remain “entombed” within the tooth and that they do not travel systemically to other sites in the body. And if bacteria do make their way out of a root canal tooth this organization further asserts that the infection will remain local and not travel to distant sites in the body. Are these statements both rationally consistent and supported by empirical evidence?

If It Doesn’t Make Rational Sense, and Contradicts Observation, It Must Be False

The statement by the American Association of Endodontists does not satisfy rational consistency or empirical evidence. So it must be false. The truth is that bacterial toxins do leach out of root canal teeth. Small molecules cannot be contained inside an imperfectly sealed root canal or porous root surface. This is not rationally consistent. Empirical evidence from the research of Dr. Haley has confirmed the release of these toxins. Once they are released there is nothing to stop them from traveling to other sites in the body.

Now what about the bacteria themselves? Remember the ADA claims that the bacteria remain “entombed” within a completed root canal. Is this true?

Virtually 100% of the bone around the bottom of the tooth socket after extraction of a root canal tooth was shown to be infected with bacteria. I can’t remember a single case where I obtained a negative bacterial culture from the bone surrounding a root canal–treated tooth.

The American Association of Endodontists says that even if bacteria leak out of a root canal tooth they will remain in the tissues immediately adjacent to the tooth and will not travel to distant sites of the body. They further state that the immune system will destroy any bacteria that get into the blood stream before it can be seeded to another body part.

Both statements are incorrect. It has been established that pathogenic bacteria within root canal teeth can “disarm” the immune system through a variety of mechanisms and may not be destroyed. It has also been proven throughDNA analysis that the same bacteria from infected teeth are found in the plaques of coronary arteries and in the blood clots that have caused a heart attack.* These bacteria traveled from a root canal tooth to the coronary arteries of the heart.

Just The Facts-Rational and Observed

We have established that:

2. Pathogenic bacteria inside the root canal-treated tooth produce potent exotoxins that leak out of the tooth and travel systemically.

3. Bacteria inside the root canal tooth leak out of the tooth into the adjacent bone and can travel to distant sites of the body.

4. The immune system does not always eliminate these pathogenic bacteria.

5. Bacteria from infected teeth have been found in distant sites of the body such as coronary artery plaque, pericardial fluid in coronary diseases patients, and in ruptured cerebral aneurysms. This has been positively confirmed by documenting the presence of the DNA unique to root canal pathogens at these sites.

By using first principles analysis we can conclude that root canal teeth do spread both bacteria and bacteria-produced exotoxins systemically throughout the body, and that these toxins and bacteria may cause or contribute to a variety of systemic diseases.

Bacterial Signatures in Thrombus Aspirates of Patients with Myocardial Infarction.

Dental infections and oral bacteria, especially viridens streptococci, may be associated with the development of acute coronary thrombosis.

Bacterial DNA typical for endodontic infection, mainly oral Viridans streptococci, was measured in 78.2% of thrombi, and periodontal pathogens were measured in 34.7%.

The Relationship between self-reported history of endodontic therapy and coronary heart disease in the Atherosclerosis Risk in Communities Study.

Conclusion: Among participants with 25 or more teeth, those with greater self-reported history of endodontic therapy were more likely to have cardiovascular disease than were those reporting no history of Root canal therapy.

Corrected for other risk factors such as smoking, obesity, high cholesterol, People with root canal treated teeth had two or more times the risk of prevalent cardiovascular disease than those with no history of root canals.

Of 22 cases, 63.6% were positive for endodontic bacteria and 36.4% for periodontal disease associated bacteria.

The Connection Between ruptured Cerebral Aneurysms and Odontogenic Infection.

Conclusion:  This is the first report showing evidence that dental infection could be a part of pathophysology in intracranial aneurysm disease.

We conclude that endodontic infections can effectively disable and kill infiltrating neutrophils allowing these infections to become established.

← Prev: People Are More Important Than Profit Next: Root Canal or Implant, What Should I Do? →