Bacteria May Cause Type 2 Diabetes 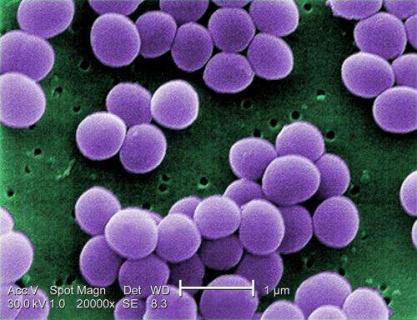 The following article appeared on yahoo today, June 1, 2015. This article further illustrates the role of chronic infection on various systemic diseases. Chronic exposure to the toxins produced by the common skin bacteria Staph aureus can lead to a variety of systemic diseases. This is important in understanding how root canal teeth can make people sick. Root canal teeth are always infected and become more so over time. They are basically a toxin factory releasing small molecule toxins into the body on a continuing basis. As we describe in our book, The Toxic Tooth, Dr. Boyd Haley found that the majority of root canal teeth were highly toxic; much more toxic in fact than the known toxin Hydrogen Sulfide, releasing extremely potent small molecule toxins.

The article below further supports the work of Price, Rosenow and others over 100 years ago who linked infection to a host of systemic diseases. Martin Fisher, A physician and Medical School Professor also wrote about the systemic effects of chronic infection in his book titled, Death in Dentistry published in 1940. (If you wish to purchase this book on CD, please email me). Flawed claims by the dental profession that the immune system can handle any residual infection in root canal teeth do not hold up to established scientific principles and current research to the contrary.

Bacteria may cause type 2 diabetes

Bacteria and viruses have an obvious role in causing infectious diseases, but microbes have also been identified as the surprising cause of other illnesses, including cervical cancer (Human papilloma virus) and stomach ulcers (H. pylori bacteria).

A new study by University of Iowa microbiologists now suggests that bacteria may even be a cause of one of the most prevalent diseases of our time – Type 2 diabetes.

The research team led by Patrick Schlievert, PhD, professor and DEO of microbiology at the UI Carver College of Medicine, found that prolonged exposure to a toxin produced by Staphylococcus aureus (staph) bacteria causes rabbits to develop the hallmark symptoms of Type 2 diabetes, including insulin resistance, glucose intolerance, and systemic inflammation.

The UI findings suggest that therapies aimed at eliminating staph bacteria or neutralizing the superantigens might have potential for preventing or treating Type 2 diabetes.

Obesity is a known risk factors for developing Type 2 diabetes, but obesity also alters a person’s microbiome – the ecosystem of bacteria that colonize our bodies and affect our health.

Schlievert’s research has previously shown that superantigens – toxins produced by all strains of staph bacteria – disrupt the immune system and are responsible for the deadly effects of various staph infections, such as toxic shock syndrome, sepsis, and endocarditis.

The team’s latest study, published recently in the journal mBio, shows that superantigens interact with fat cells and the immune system to cause chronic systemic inflammation, and this inflammation leads to insulin resistance and other symptoms characteristic of Type 2 diabetes. In examining the levels of staph colonization on the skin of four patients with diabetes, Schlievert’s team estimate that exposure to the bacterial superantigens for people who are heavily colonized by staph is proportional to the doses of superantigen that caused the rabbits to develop diabetes symptoms in the team’s experiments.

“I think we have a way to intercede here and alter the course of diabetes,” Schlievert says. “We are working on a vaccine against the superantigens and we believe that this type of vaccine could prevent the development of Type 2 diabetes.”

The team also is investigating the use of a topical gel containing glycerol monolaurate, which kills staph bacteria on contact, as an approach to eliminate staph bacteria from human skin. They plan to test whether this approach will improve blood sugar levels in patients with pre diabetes.

← Prev: A Healthy Mouth is Essential for a Healthy Heart Next: People Are More Important Than Profit →